City residents will endure water rationing until mid next year despite the ongoing heavy rains filling most dams and reservoirs. 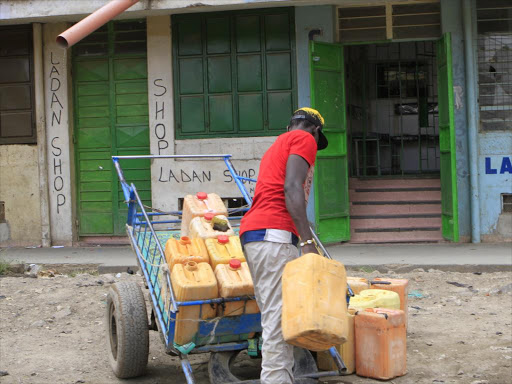 This is because existing water treatment plants can only process 526,000 cubic metres daily against a demand of 790,000.

Environment and Water CEC Vesca Kangogo said that the county cannot do much until the installed production capacity is expanded.

“The estimated demand of water increases by 20,000 cubic metres annually. It is required as per the system that water is treated before its release. There will always be a deficit since we cannot release water directly from the source to consumers,” she said.

Kangogo said that some estates in Nairobi lack water due to interruptions caused by maintenance on pipes by the Nairobi Water Company.

“There are interruptions arising from leakages, sewer-bursts and damages which cause water from drainage to flow into conveyor pipes. To avoid all these, we occasionally shut supply for repairs in order to prevent contamination,” she said.

Nairobi has faced a serious water crisis since January 2017, when water levels at Ndakaini Dam dropped below the anticipated levels.

In February last year, City Hall said that water rationing would persist as Ndakaini Dam’s storage had fallen by 49 per cent to 34 million cubic metres

“Rationing will continue until the construction of two dams is complete. According to the master plan of water sources development in the city, completion will be in 2026,” he had said.