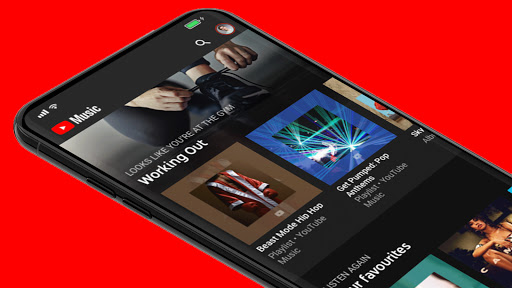 “Music fans on Android phones can now easily unlock the magic of YouTube Music, which will come installed on all new devices launching with Android 10 (and Android 9), including the Pixel series,” says Google.

“Once you’ve started your new device, just look for the YouTube Music icon and start listening! And if you don’t have Android 10 yet, don’t stress—simply visit the Play Store to get the app.”

The switchover is certainly taking a while – YouTube Music launched back in November 2015 – but Android 10 is pushing Google Play Music (which remains available to download) even closer to the exit.

YouTube Music is approaching its third birthday, but still doesn’t have a lot of the functionality of its predecessor. One key feature still missing is the ability to upload local MP3 files to the cloud and stream them anywhere.

That remains one of the best tricks that Google Play Music can do, giving you a way of creating your own personal Spotify that can be tapped into from anywhere. Google has promisedYouTube Music will be able to do this, eventually.

One upgrade that has been added to YouTube Music is an option to play files stored on a local device, either a phone or a tablet – this is crucial really, for a music player app that wants to be the default on Android.

As YouTube Music stretches its reach beyond Android to smart speakers as well, now might be the time to give it a try if you haven’t done so already (both free and subscription access is available).

What Is a ‘Shadow Ban,’ and Is Twitter Doing It to Republican Accounts?

Worried About the I.R.S. Scam? Here’s How to Handle Phone Fraud

MP’s Aide In Sex Saga With A Teenager

100,000 School Girls Got Pregnant During The Pandemic, Report Shows