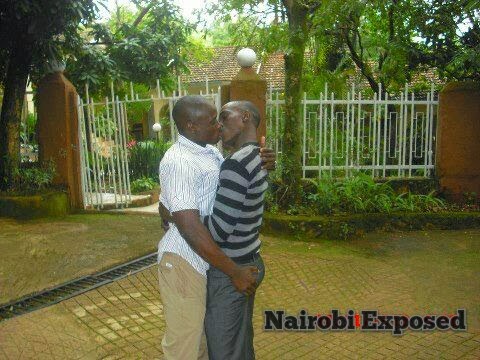 Yesterday Uganda parliament passed a controversial anti pornography bill that outlawed miniskirts in the country. However the legislators seemingly weren’t done yet.
On Friday,another bill awaiting Musevini’s assent was passed in parliament against homosexuality by making it punishable by life imprisonment. Initially it had been proposed that any act of homosexuality be punishable with death penality but it has since been reviewed.
Aggravated homosexuality is defined as a homosexual act where one of the partners
is infected with HIV, sex with minors and the disabled, as well as repeated sexual offenses among consenting adults.
This new development has caused panic amongst many gays and lesbians in Uganda and other human rights figures condemning it as depriving of their rights.
Homosexuals in the country have been having rough time,many have been getting mysteriously killed,in one berserk incident,a list of homosexuals were published on a national paper with all their identification details including locations and people encouraged to go and kill them.
The bill now awaits assent by the president Museveni who also happens to be an ardent homophobe.
Should that same rule be adopted in Kenya as well? Do you think this will downplay homosexuality in the region which is alarmingly on the rise according to research figures.

Loading...
There's no story that cannot be told. We cover the stories that others don't want to be told, we bring you all the news you need. If you have tips, exposes or any story you need to be told bluntly and all queries write to us [email protected] also find us on Telegram
Loading...
previous post

Bizarre: Woman Goes For Surgery And Gets THREE BREASTS So To Be UNATTRACTIVE To Men See All The PHOTOS And Story Behind It

DRAMA: Police In A Shootout With Thugs Leaving One Dead

Governors Urge President Uhuru To Lockdown The Country Over Christmas